I wrote the below a year after my cancer diagnosis and its basically a brain dump of a crazy night in my life.  So if you are going to attempt to read, I thank you, and encourage you to grab a snack!

Over the last couple years (prior to 2012) I had felt – not right.  There always seemed to be something wrong with me.  Whether it be a headache, stomach issues, back aches or IVF pains something always seemed to be wrong with me.  I was always very good at making excuses as to why these aches were happening…Headaches were either caused from dehydration, sinus’ or too much to drink the night before.  Stomach issues were due to something I ate or stress.  Back aches were obviously because I slept wrong and all other pains were chalked up to all the drugs that were being pumped into me during the three IVF cycles I went through.

I thought I was getting older and my body was starting to break down.

Than came the day when a lot of these “pains” were explained, that day would be March 6th, 2012.  Exactly 8 years ago today.

March 6th is a day I will never forget.  Let’s start from the very early hours of that crazy Tuesday.  Around 3:30 in the morning I woke up to some pretty bad cramps.  I tried to sleep it off but after about the third time waking up I decided to get up and go to the bathroom.  I sat there, doubled over in pain wishing the cramps would go away.  Instead of going away I got light headed, chills, sweats and the feeling that I was going to pass out.  For a minute I thought my husband would wake up in the morning and find me dead in the bathroom (not exactly the most elegant way for him to find me).   This all lasted for about half hour.  Once the cramps died down I went back to bed and didn’t think much more about it.  I mean – I’ve had something similar to this happen before but chalked it up to lactose issues or IVF stuff.  See I’m really good at justifying why things happen to me 😉

I woke up at around 8:00 am to get ready for work but I was so tired (due to the early morning stomach issues) I deiced to play hooky and call in sick to work.  I felt bad because I had work to get done but I didn’t feel like going in.  I honestly didn’t think anything was wrong with me but a couple hours later I was back in the bathroom except this time all that came out was blood.  Not much, just a little.  I believe at this point I was in denial that something might be wrong with me.  I tried to take a nap but not an hour went by when the same situation presented itself.  This time I called my husband to let him know what was going on and he encouraged me to call the doctor and get her opinion.  I left a message with my doctor and waited for her to give me a call back.

Next thing I know my husband is walking through the door.  I think he was worried after I called him because he promptly left work and came home to me.  It took a couple hours for my doctor to call, at first the conversation was fine but once I mentioned that all I was producing was blood the tone in her voice became that of concern.  She told me she wanted me to go to the ER as soon as possible.  I told her I didn’t like that idea but she informed me that was really my only option.  I passed the news along to my husband and told him I would like to finish watching some of my shows first but he wasn’t having that.  Next thing I know we are in a car on our way to the ER.  So, not something I wanted to be doing on my day off!

Not only do I not like ER’s and all the germs that come with them but this was an unseasonably warm day in a big city so I knew it was going to be crowded, which, of course means long waiting times!

We checked in and waited in the disgusting germ filled waiting area.  When 4 hours had passed I told my husband I was feeling fine (which was true) and that I just wanted to go home.  I was tired of waiting around when I wasn’t feeling any pain what-so-ever.  My husband wanted me to see the doctor but I told him I would check to see how much longer it would be and if they said over an hour I was leaving and I meant it.  I could tell he wasn’t comfortable with this but I think he also knew he didn’t really have a say in it.  The lady at the front desk said I would be called soon and less than 15 minutes later I was changing into a gown to get checked out by the doctors.

I wasn’t prepared when a not-so-bad-looking resident walked in the room.  I had to tell him all about my issues and then he said, ” I will have to do a digital exam”.  Yeah, wasn’t sure exactly what that was but quickly learned it wasn’t going to be fun and most likely embarrassing.  After he did the exam he told me he didn’t see anything wrong but that didn’t mean “He didn’t believe my story”.  Yeah, he said that and I was pissed.  Didn’t believe my story?? Yeah doc, I make it a habit of waiting over 4 hours in a germ filled, uncomfortable waiting room so that a student doctor can give me a digital exam – all for fun!  I wasn’t making this up and I didn’t appreciate him calling it a story!

Next up was a CAT scan.  They had me drink some chalky tasting stuff and off I was wheeled to the machine.  While they were scanning me they used contrast which made me feel like I was pissing all over myself.  I guess that is a side affect of the contrast, not very fun experience. (wanted to include this so those who go through this test will be prepared)

After the scan I was wheeled back to my room and waited for the results with my husband.  I honestly didn’t think anything was wrong with me (maybe an ulcer) and I would be sent home with a prescription.  However, that is not at all what happened.

We waited what seemed like forever and then the resident entered the room accompanied by the head doctor of the ER.  I think I mentally started preparing myself for not so good news when I saw the doctor.  They both looked nervous and didn’t really make eye contact.  What they said is kind of a blur to me but basically they told me they could see swelling in my intestine and than they dropped the big news on me…they saw what appeared to be a large tumor coming from my kidney.  I was in shock.  The doctor kept talking but all I remember is saying ok a bunch of times.  I remember my husband asking if the doctor thought I should be checked into the hospital and the doctor shaking is head yes before my husband could even complete his sentence.  Meanwhile, I was still in shock.  This couldn’t be happening, I’ve never even stayed the night in a hospital.

We waited in the ER until a room in the hospital opened up.  I wasn’t acting crazy but they must of thought I needed something because a nurse came in and gave me some pills which helped me rest for a bit.  When the doctors and nurses left the room I looked at my husband and all I could say was … But, I had so many plans…. 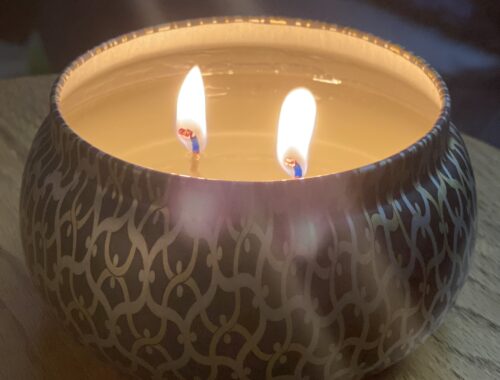