After work on Friday I came home and started chopping veggies for some veggie soup. I love soup and have made my fair share of soups but never have I attempted vegetable soup. I must say, for my first attempt, this soup was pretty tasty. However, it was more of a stew consistency then a soup consistency.

The ingredients I used are as follows:

Below is a photo of the ingredients I used. 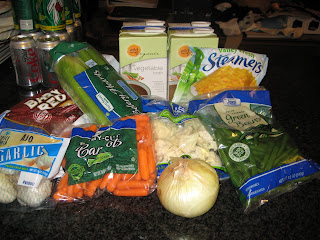 The first step was to clean the barley and start cooking it. This was my first time using barley and it was really easy. I just followed the directions on the package.

While the barley was cooking I started chopping all the veggies. I normally HATE cutting veggies but I used the Professional Multi-Chopper and the chopping was a breeze.

Take a look at he perfectly cut veggies: 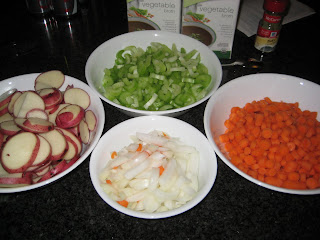 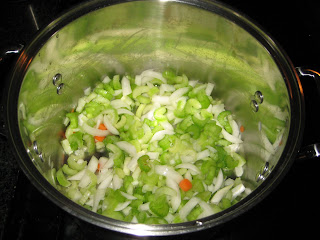 Veggies being sauteed has a yummy smell!

Since the soup was starting to cook I decided it was time to have a glass of wine. 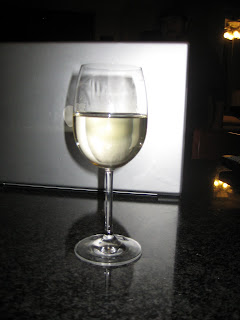 After 10 minutes of sauteing I added vegetable broth, potatoes and carrots; bring to a boil. Lower heat; add cooked barley, green beans, cauliflower and bay leaves. I then added the spices and let it cook. 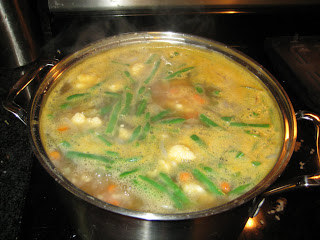 The green beans really turned a vibrant green color! The barley added a lot to this soup. Made it really filling and I liked the texture it gave the soup.

Let’s take a closer look at the barley: 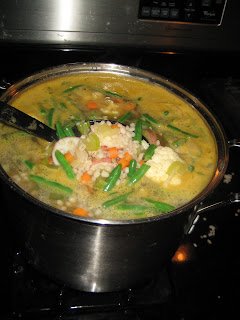 I let the soup cook for about an hour and a half. When it was done cooking I was able to enjoy a bowl of my very first homemade vegetable soup. 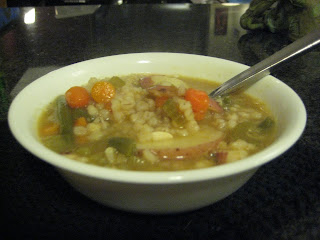 This soup was so good and perfect for a fall day! The spice added by the cayenne pepper gave the soup an interesting taste. If you like spicy foods I would definitely try using cayenne pepper in your soups!

Next time I plan on adding less salt, adding corn and leaving out the green beans.

What do you put in your vegetable soup?