My husband and I were not in the best of shape after the pub crawl. We woke up late and dragged ourselves to a restaurant with a great view. I just love how some of the restaurant have no walls! 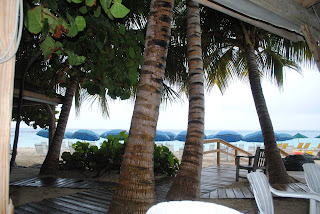 I had the perfect hangover meal (even on an island) a cheese burger and fries: 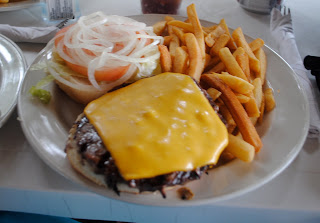 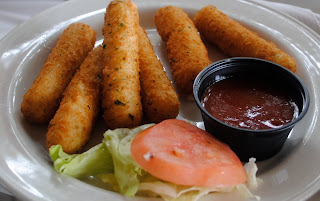 We were really bummed that it was our last day on the island and were feeling pretty depressed that we would have to be going back to our “normal” lives.
Maho Beach
Spur of the moment we decided to hit up Maho Beach. This beach was the most beautiful beach we had been to the entire time we were on the island. 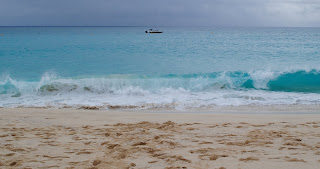 The water was warm, so blue and the waves were huge! 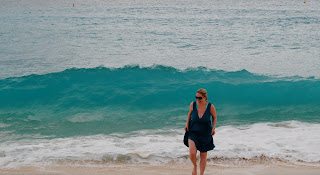 This beach is known because of the Princess Juliana International Airport that is situated immediately adjacent to the beach. 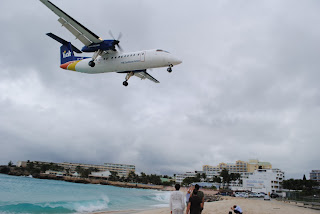 After watching a couple small planes fly above us we decided to go to the restaurant down the beach to wait for the big jets to land. 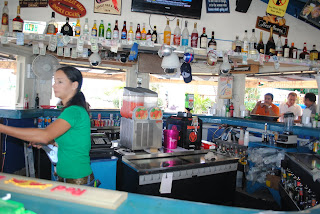 The bar had a surf board in the sand that listed the arrival times of all the planes.

While waiting for the jets I sipped on a Kettle one vodka and Sugar Free Red Bull: 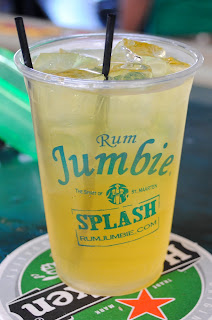 I thought the bathroom signs were funny: 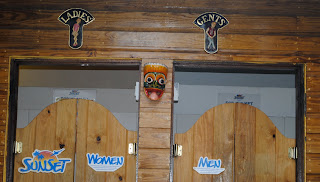 And I LOVE disco so I was psyched to see a disco ball on the beach! 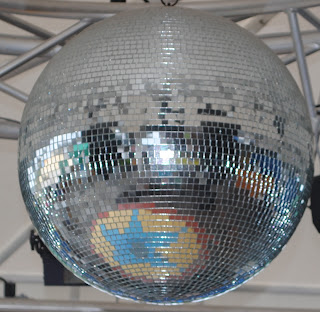 Still waiting for the big jets to fly over, my husband and I shared an order of spiced fries. 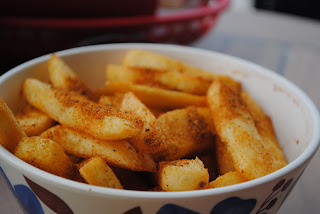 The signs around the beach and the restaurant were hilarious! Warning people of the jet engines power to blow you over.

Finally the jets arrived. It was amazing and so much fun not only to watch the jets but to watch the peoples reactions to the jets. 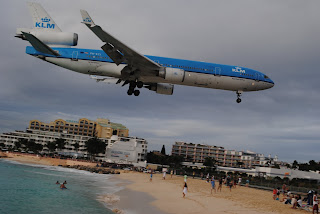 We were SO happy we decided to go to this beach. Not only were the planes cool but the water was beautiful. We both had a great time!
Last Meal in St. Maarten
We decided to go to Big Fish for our last meal on the island. 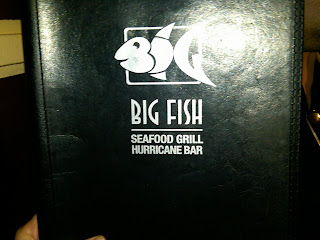 I had a salad with really fresh ingredients. 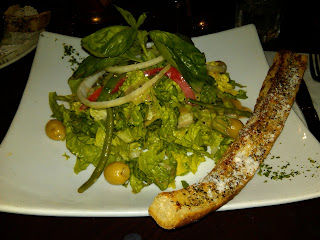 and the BEST fettucini in my life. I’m not even kidding, this was heavenly. I believe the menu called it Jerk Chicken fettucini. It had the most amazing flavoring I’ve ever experienced. My poor husband was probably embarrassed by all the mmmmm’s that were coming from our table while I inhaled this dish! 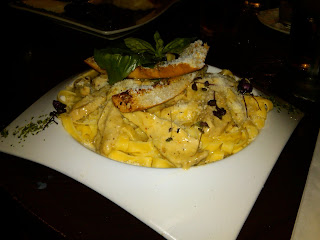 For dessert we had a Multan chocolate cake. We didn’t know it when we ordered it but, it came with some mint ice cream and a mint flavored liquor. 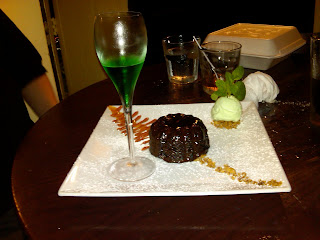 This trip was amazing. The water is beautiful and the people are so nice. It was great to get away from the city and just take the time to relax with my husband!
Previous